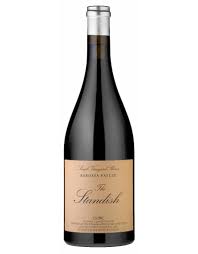 Dan Standish is one of the most outstanding Barossa producers in the game today.

A sixth-generation Barossan, Dan started the Standish Wine Co. in 1999. Over the intervening years, his wines have amassed unanimous acclaim. His offerings now rank amongst the rarest and most sort after Barossa wines for collectors in the know.

After learning his trade at Torbreck, under his eponymous label, Dan has pursued a quest to showcase some of the Barossa region's finest and most ancient sites.